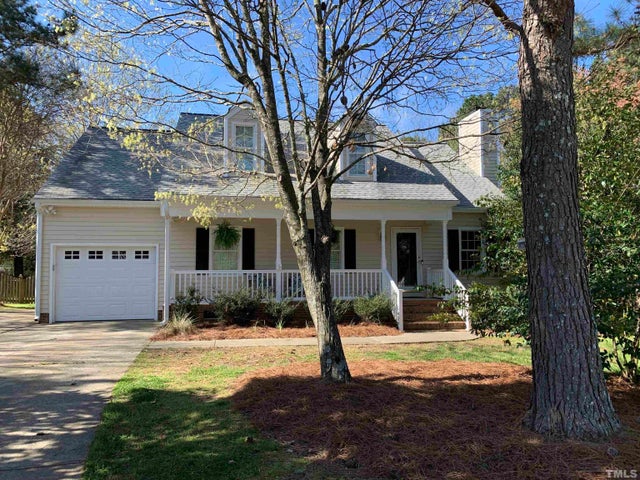 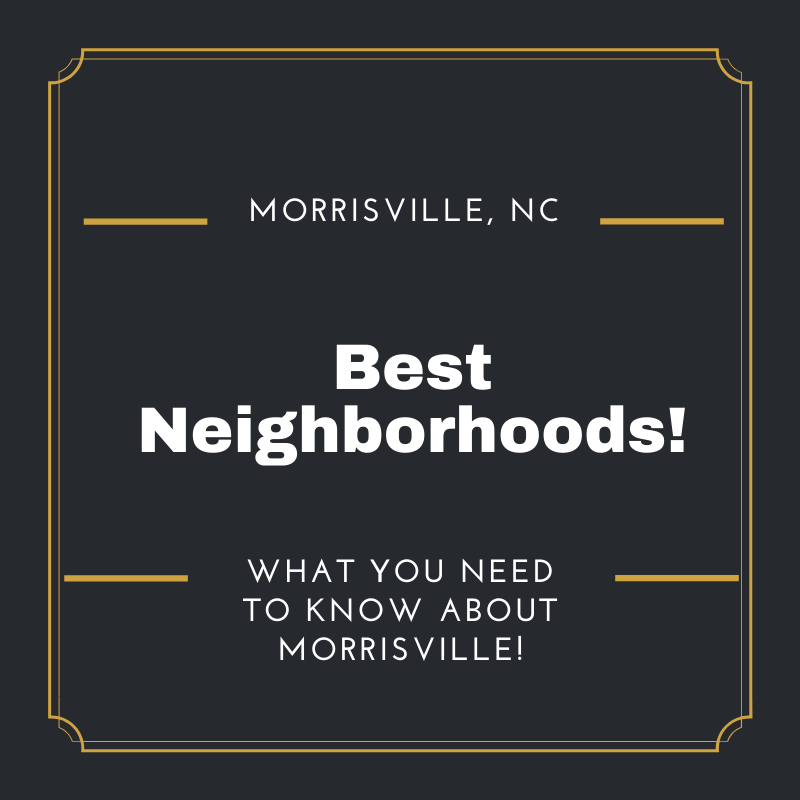 People love living in Morrisville and its in large part thanks to the neighborhoods in Morrisville. Morrisville even made the list of 12 Best Places to Live in North Carolina. One of the biggest attractions for people to the town of Morrisville is the close proximity to things like the Research Triangle Park, Raleigh, Durham, Cary, and Chapel Hill. It's also where the Raleigh Durham Airport is located. When it comes to location, Morrisville is tough to beat.

If you are considering a move to Morrisville or intending on purchasing a home contact us so we can connect you with one of our Morrisville Realtors!

Our website is dedicated to helping people learn more about the area of Morrisville with a particular focus on Morrisville Real Estate. Morrisville is located north of Cary, Apex, and Holly Springs, and to the northwest of Raleigh. With the central location it takes less than 20-30 minutes to get almost everywhere you will need to go around the Triangle area.

Below we put together a list of 11 of the Best Neighborhoods in Morrisville, NC and before we jump in, we want to give a brief history of the town of Morrisville!

A Brief History on Morrisville, NC

Morrisville is a town with a lot of history. In 1852, Jeremiah Morris donated land to the North Carolina Railroad for a depot, water tower, and some other buildings. The area was named after him and his generosity. After the donation, the town exploded with growth as a result of the rail line and its location to Chapel Hill, Raleigh, and Hillsborough.

The Research Triangle Park, established in 1959, helped the town of Morrisville grow into the beautiful town it is today. The largest research park in the United States and home to some of the world's leading technology companies, the Research Triangle Park is one of the main attractions to the Triangle Area. Raleigh, Durham, and Chapel Hill are the proud backbones of the 'Triangle.' Additionally, these areas are surrounded by some of the country's leading universities North Carolina State University, Duke University, and the University of North Carolina at Chapel Hill.

Morrisville has grown by 150% in the last 10 years. The entire Raleigh-Durham area is exploding with growth making Morrisville a great option to live for the folks moving to Raleigh.

Without further ado here are some of the best neighborhoods in Morrisville!

Addison Park is one of the top choices for a great neighborhood in Morrisville. The central location of the neighborhood at the corner of Davis Drive and Morrisville Carpenter Road makes it easy for folks to walk to coffee shops, restaurants, shopping, and more! Also within walking distance are lakes, parks and more!

Breckenridge is another great Morrisville neighborhood with homes from the low 200s to the mid 400s and up. If you're looking at real estate in Breckenridge you need to come into it with the understanding that these homes will sell fast. In a matter of days, sometimes in a matter of hours. Breckenridge offers a quick ride to the airport or to the Research Triangle Park, to grocery stores, to restaurants, and more!

View Homes for Sale in Breckenridge

The neighborhood of Carpenter Park features a recreational area with tennis courts and basketball courts, a central pond, lots of play areas and playgrounds as well as a pedestrian trail and preserved forest for walking.

View Homes for Sale in Carpenter

Downing Glen is a neighborhood that is in high demand for the folks looking to buy real estate. For the folks relocating this is a neighborhood, you will want to check out before making any decisions on where to buy a home. A conversation with one of our Realtors will go a long way in helping you determine which Morrisville neighborhood is right for you. Keep in mind as you search on our website for great homes that they do sell fast, especially in a neighborhood like Downing Glen.

Kitts Creek is a neighborhood our Morrisville Realtors are constantly visiting to help people find great homes to live in. The desirability of the Kitts Creek neighborhood is well deserved, just check out the clubhouse and pool area and you will know exactly what makes it so popular!

The location of Kitts Creek in proximity to Raleigh, Durham, Cary, and Chapel Hill makes it a great central location with easy access to everything the triangle area has to offer. In the community of Kitts Creek, you will enjoy a beautiful clubhouse, fitness facility, swimming pool, tennis courts, a dog park, a community garden, and a great neighborhood for walks!

Phillips Place is one of the best neighborhoods in Morrisville. The homes in Phillips Place are reasonably priced in comparison to what Morrisville has to offer and the neighborhood dates back to 2011 when it was built. Over the last 10 years or so the community has continued to develop into what it is today!

What is likely considered Morrisville's most desirable neighborhood, Preston is situated beautifully in both Morrisville and Cary. The neighborhood was founded in 1993 by the SAS Institute and features a beautiful country club, golf course, clubhouse, fitness facility, pool, and more.

Centrally located in the heart of the Cary and Morrisville areas, Preston offers one of the easiest commutes around the Triangle. Preston comes with a ton of additional benefits outside of the neighborhood including walking distance to shopping, restaurants, and more! You won't have to go far to find what you are looking for when living in the neighborhood of Preston!

View Homes for Sale in Preston

Providence Place in Morrisville is one of the best subdivisions in the area! With easy access to 540, you can be anywhere in the triangle in a short amount of time. One of the drawbacks to the Providence Place neighborhood is you will want to make sure you aren't too close to the highway or it could impact your resale value when you go to sell your home.

Ridgemont in Morrisville is located right next to the Addison Park neighborhood and close to the Preston neighborhood. Situated near Davis Drive and Morrisville Carpenter Rd, Ridgemont offers one of the most convenient locations in Morrisville. With tons of restaurants, coffee shops, and more located within walking distance you won't have to go far to find what you are looking for in the Ridgemont neighborhood. Homes in the neighborhood of Ridgemont sell fast so be sure to act swiftly if you find one you like!

Twin Lakes is one of the top neighborhoods in the Cary/Morrisville area and part of what makes it so desirable are the two lakes situated in the area. That's where Twin Lakes derives its name from. The neighborhood is within walking distance to lakes, parks, shops, and restaurants! Its also located next to the Wexford neighborhood which is up next!

If you are considering a relocation to one of these great Morrisville neighborhoods or intending on purchasing a home contact us so we can connect you with one of our Morrisville Realtors! 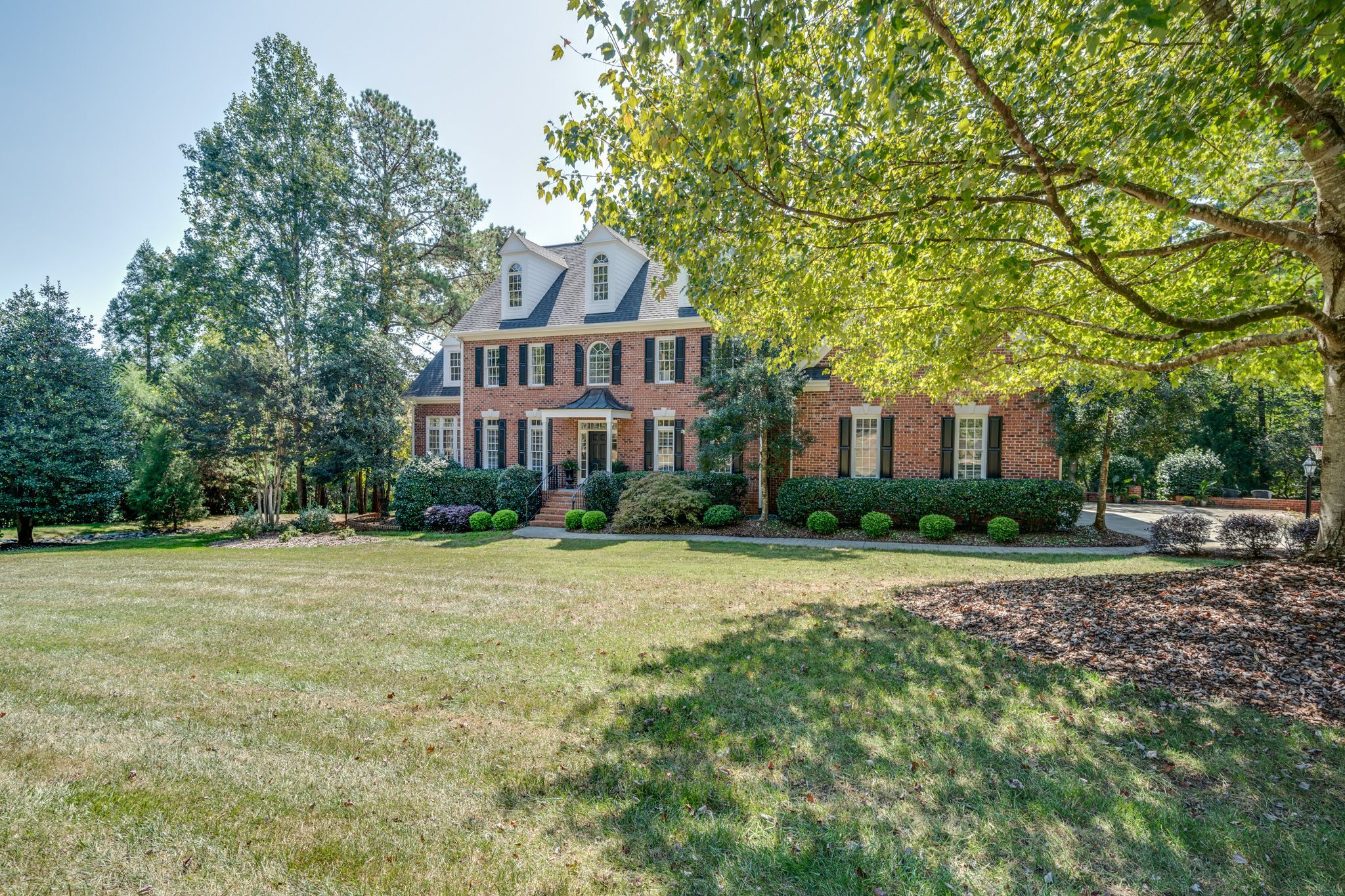