Find out about this property 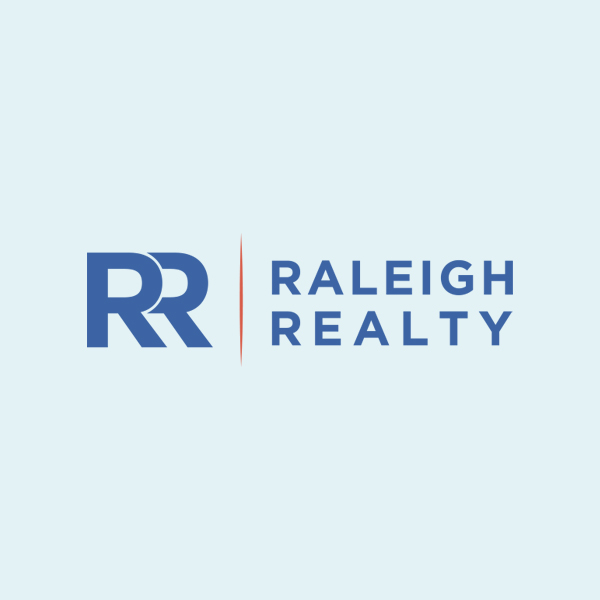 Homes for Sale in Chapel Hill

Chapel Hill Real Estate is home to some beautiful architecture, great neighborhoods, schools, and parks. Homes for Sale in Chapel Hill are also some of the best value in the country. Chapel Hill, NC is one of the best towns in the Triangle area and known for being the home of The University of North Carolina. Chapel Hill offers great living accommodations with even better value. Check out the available Chapel Hill homes for sale below:

The Real Estate in Chapel Hill is affordable relative to the economic opportunity and quality of life in Chapel Hill—although there are certainly luxury homes to be found for those looking for more expensive real estate.. Businesses worldwide are opening offices in the Triangle hoping to attract the intelligent and talented individuals that call Chapel Hill home.

The history of Chapel Hill dates back to the mid 1700s when William Barbee bought 585 acres of land. William died shortly after settling his family in North Carolina and his son, Christopher Barbee, would become an important figure in Chapel Hill's rise and to the University of North Carolina. Chapel Hill sit's atop a hill in which an Anglican 'Chapel of Ease,' known as New Hope Chapel. The Carolina Inn now operates the Chapel.  The University of North Carolina and the town grew up around the Chapel. In 1851 the town was chartered and well known Franklin street was named after Benjamin Franklin. Franklin street is one of the popular streets for coffee shops, great restaurants, museums, book stores, and bars.

The strength of the city is in its academics. Orange county has some of North Carolina's best schools, with East Chapel Hill being recognized as the 88th best High School in the country, and the obvious being The University of North Carolina. 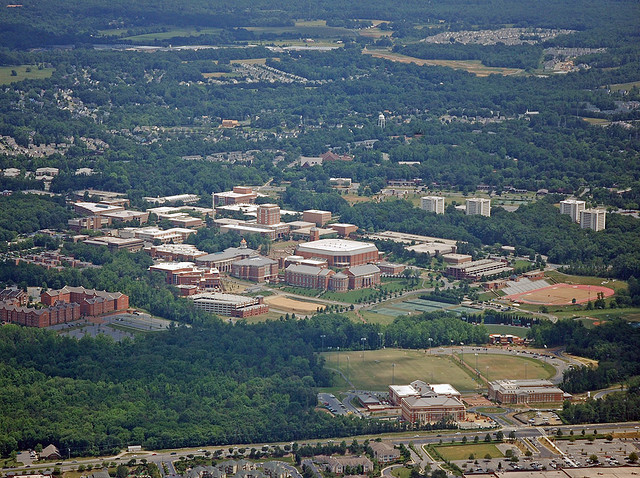 With a population less than Raleigh and Durham, Chapel Hill makes up the smallest point in the 'Triangle.' Chapel Hill is actually a third of the size of Cary which has a population of over 150,000 people. The draw to Chapel Hill is the education, architecture, and small town/city atmosphere.

Chapel Hill has a population of over 50,000 people yet it maintains a small town feel in each of its neighborhoods. There are incredible murals painted my UNC alumnus, Michael Brown that are iconic all over the world. The Chapel Hill annual street fair is one of the main events, and occurs in October, where the streets fill with booths, artists, craftsmakers, food vendors and performances. Each year the street fair has an attendance that reaches tens of thousands of people.

There are a variety of large corporations that have their headquarters in Chapel Hill, including health insurance provider Blue Cross and Blue Shield of North Carolina.

Meadowmont Village and Southern Village are two of the new urbanist neighborhoods that include shopping centers, community pools, schools, parks, and more.

In 2009, Chapel Hill ranked no. 3 for “Top 25 Uniquely American Cities and Towns” by Newsmax Magazine.

Chapel Hill is one of the best spots for American Cuisine and was recently ranked as “One of America’s Foodiest Small Towns” by Bon Appetit. 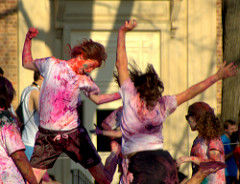 The entire Triangle area is home to a great live music scene, and a lot of local bands are constantly performing all over. Chapel Hill is no different. Bruce Springsteen has made it a point to continuously perform in Chapel Hill, and Merge Records was founded in the city. 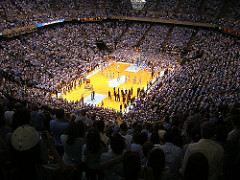 basketball and women’s soccer. The school has a passion for athletics and the school itself inspires the entire city. When the Tar Heels are playing the school and the city rally around their team in ways you won’t find anywhere else. When UNC plays against Duke, Chapel Hill is a crazy place to be!

Most recently, the NC State Wolfpack have been coming on strong to compete with the likes of UNC and Duke, as well as the Wake Forest Demon Deacons which are further to the western part of the state. 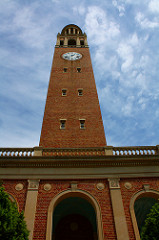 Chapel Hill is included in the Raleigh-Durham-Cary combined statistical area which includes a population of close to 2 million. Currently, Chapel Hill is home to nearly 60,000 residents and with a population density of 2,687 people per square mile there is plenty of room to move around. Of the nearly 21,000 households there are 51% families.and the median income for a household in the town was $51,690 and for a family was $91,049.

The University of North Carolina located in Chapel Hill is one of the most prestigious universities in the country. It's home to some truly great fans, alumnus, and academics. The sports at UNC are also some of the best in the nation with some of the best athletes in the world. The basketball team, and girls soccer team are two of the dominant programs at UNC with others coming up fast.

It's traditionally a passionate game when UNC plays vs. Duke, or even NC State because of the close proximity of the schools. All three are located in the Triangle area of NC and this is partly why there is such great competition between them all! For fans, it's great! Everyone seems to have a team that they root for when the time comes for the Triangle teams to play verse one another. This only strengthens the rivalries and level of competition.